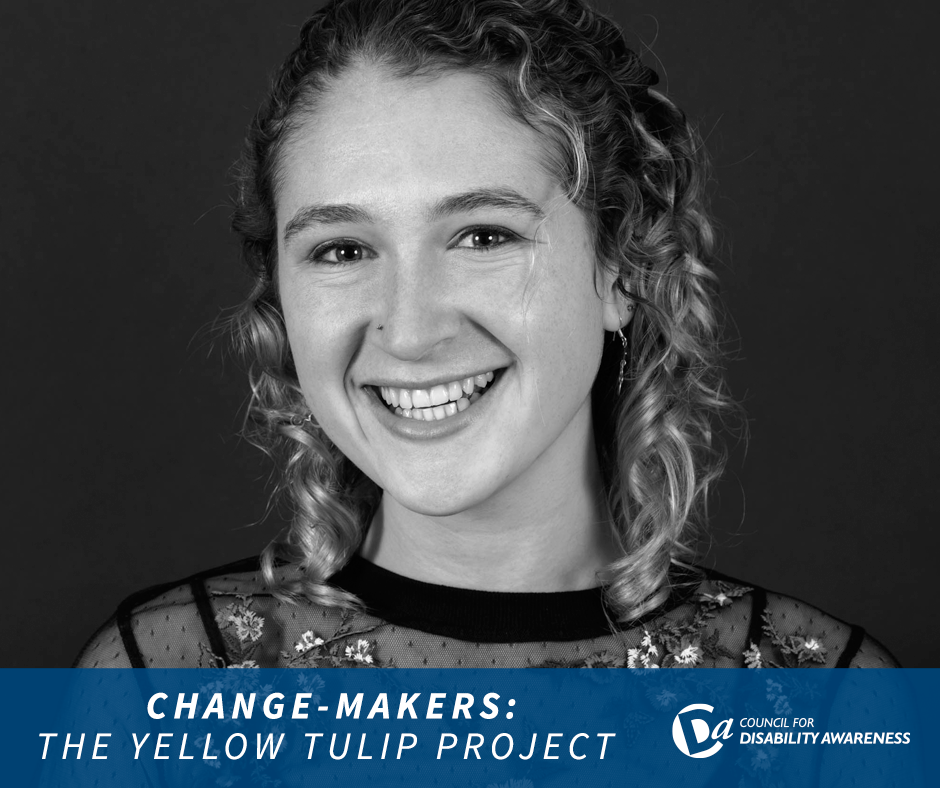 On an early May evening this year in Portland, Maine, a radical art exhibition quietly opened on the edges of the city. It was called I Am More: Facing Stigma and featured life-size black and white photographs of 22 people from the wider community.

There were artists, doctors, real estate agents, high school students, mental health advocates, and poets ranging from 14 years old to 69. The images, created by the photographer Lissy Thomas, were accompanied by a short description of how each person identified themselves. “I am a doctor. I am a father. I suffer from depression.”

The exhibition was organized by The Yellow Tulip Project, a non-profit organization formed by a 16-year old high school student from Portland called Julia Hansen. The organizers had put out a call on Facebook, to see if people would be willing to step forward and publicly share their experiences of living with mental health issues or of being impacted by the suicide of a loved one.

It was personal experience that compelled Hansen to set up this project. When she was a sophomore in Portland, she lost a best friend to suicide. Six months later, her other closest friend also took her own life. Emerging from the grief and shock of the deaths of her two best friends, Hansen then did something transformative.

She wanted to bring discussions of depression and mental illness out of the shadows of high school culture and into the light. So she set up The Yellow Tulip Project, and crafted “Tulip Teams” in schools throughout northern New England. These volunteers would become advocates for mental wellness within their own school walls and build “Hope Gardens”—where yellow tulip bulbs are planted in schoolyards and community spaces every fall.

Yellow was the favorite color of one of her best friends, and the tulip the favorite flower of another. “The tulips kind of represent my depression,” explains Hansen. “The bulbs are there and they’re in the cold and dark. But in the spring they’re forced to push up through the ground and bloom, to see the beauty again.”

The Anxiety and Depression Association of America states that anxiety disorders affect 40 million adults (that’s 18.1 percent of the adult population of the U.S. or nearly one in five). Data from the National Institute of Mental Health shows that in 2016, an estimated 16.2 million adults (6.7 percent of the population) had at least one major depressive episode that year.

These statistics are mirrored in the workplace. Mental health issues are the fourth most common cause of both short-term and long-term private disability insurance claims—the key reasons why people take prolonged time off work.

This form of disability is one that many struggle to talk about. It’s something that actor and writer Will Wheaton—famed for his role in the iconic film Stand By Me—discussed in a speech at the Ohio chapter of the National Alliance on Mental Illness (NAMI) which he then recounted in a blog that has since gone viral.

Julia Hansen believes that one of the best ways to heal this epidemic is to build educated communities. She encourages people to come together in real life to create gardens and communal spaces where conversations about things like depression can naturally flow.

She says this is something we can all help to cultivate. The key is to normalize the conversation. “We want to build strong, supportive and educated communities that support people struggling with mental illness,” she explains. “One day we hope that we can all speak openly about mental illness in the same way that we speak about physical illness.”

Change-Makers is a series of blogs where The Council for Disability Awareness highlights people who are raising awareness and normalizing conversations about disability in their communities. Do you know of someone doing extraordinary work? Write to us at info@disabilitycouncil.org